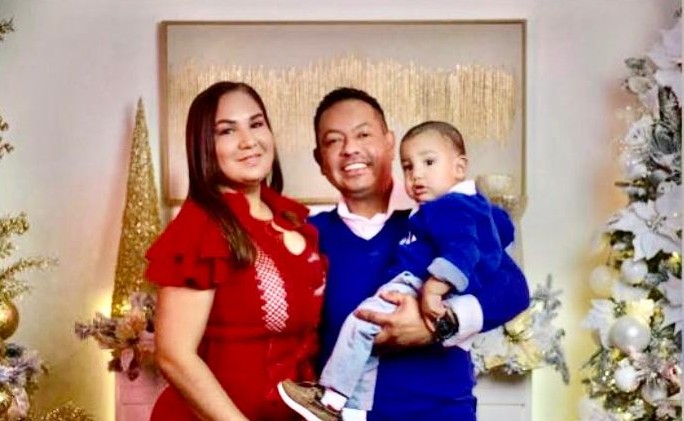 Landlords Peter and Gus Gravagna told the DEA they had no idea that three of their superintendents had overtaken an entire apartment at 3204 Kingsbridge Avenue and in The Bronx and converted it into a meth lab, according to a press release issued by law enforcement.

The obscene New York real estate family also told the Feds that they fired Angel Cepada when they learned of his arrest with multiple other suspects, and removed them from the premises. They probably also told the DEA that the man they hired to replace him, Angel Romero Matias, convinced them he just looked a lot like Cepada… Well, they say everybody has a twin…

Cepada didn’t have a twin, though. He had multiple identifications, multiple social security numbers, and was never “fired”. That was just a story The Gravagnas made up in what is becoming one of the more bizarre organized crime matters in recent times. In fact, they even hired a lawyer for him in a Federal civil rights lawsuit they are all defendants in.

“It’s like dumb and dumber.” Said an investigator close to the heart of the matter. “The Gravagnas should put a sign on their backs that says ‘Hit Me With A R.I.C.O. Charge’. Did they really think nobody would notice at Federal Plaza?”

That’s when the DEA swung into action, got the evidence and busted the bad guys. In Bill DiBlasio’s New York however, up was down and the sky was green with hints of purple. Cepada got released… Even though he had a prior for Domestic Assault. Even though he is here illegally. Yes, he got a walk.

And what did this Rhodes Scholar do? Did he run? Did he move? I’d move… No, instead he went right back to the open market meth center he built and continues to live and work there, right in front of everybody.

You know what they say about criminals… They don’t catch the smart ones.

But that’s not something The Gravagnas need to worry about. Everybody knows what they’re up to.

An undercurrent of public opinion is coursing it’s way through the tony (and not so tony) Bronx neighborhoods The Gravagnas have applied their wicked craft in for decades. Emotions have run high following a blockbuster Federal lawsuit by three women against the family and their associates, a fearless undertaking by three generations of bootstrapped blue collar ladies who presented photographic proof that the slumlords broke into their apartments, robbed their entire life’s possessions, including passports, heirlooms and medicine, and then used hammers and picks to trash the apartment so it was legally uninhabitable.

The suit calls for ten million dollars in damages.

“It’s amazing how these guys keep on going up and down Kingsbridge Avenue, and nobody stops them.” Said a local man who did not want to be named. “They threaten people. They send goons to people doors, hard working people. Nurses and healthcare workers. They threaten them. Eric Adams needs to clean this up. This would be a good place for him to start, right here on Kingsbridge Avenue.”

In a rare act of defiance by local residents, the community in Kingsbridge has begun to openly discuss the influence of The Genevese Crime Family in the real estate business in their neighborhood.

“This is not a secret, and it’s also not something we want our neighborhood to be known for. This is a good part of The Bronx. We never had meth labs here before. Now we have these enforcers for the mob banging on old ladies’ doors, threatening good people so they can up the rent. If the local officials don’t fix this mess we are going to remove them. They better remember, we vote them in, and they better not be taking payoffs from these guys, or we will vote again, vote them into prison.”

What more can I say? Wait, I know…

Power to the people.