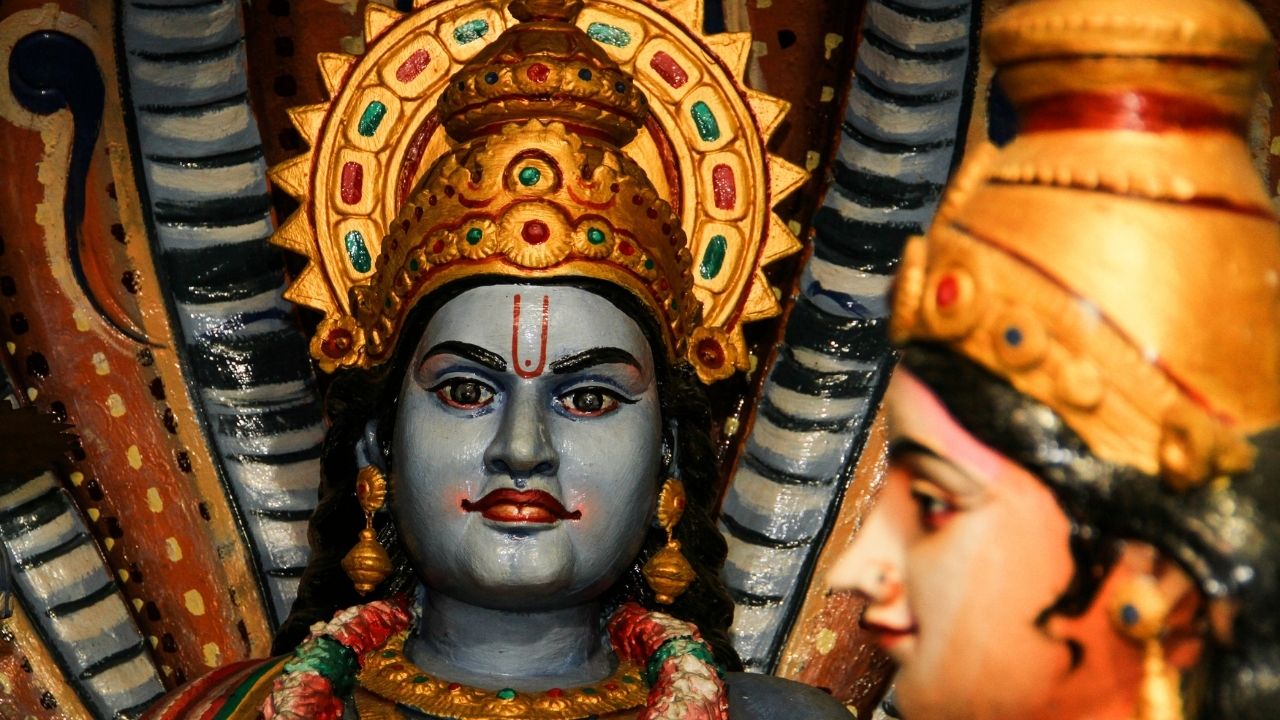 According to Hindu mythology, Lord Vishnu and his 10 incarnations (i.e. swaroop) collectively called as Dashavatara or ten incarnations, takes a form whenever the Brahma created Universe is in need. Vishnu is the Preserver of the Universe so each time the mankind is in danger or the evil deeds have increased, an avatar appears to rectify all. Lord Vishnu has already completed nine avatars and the last one will appear in Kaliyug is the form of Kalki.

The first avatar, Matsya, which was a huge fish took birth when Manu, the first human on earth was stuck in the Great flood. Lord Vishnu incarnated himself as Matsya at the beginning of Satya Yuga. Second came Kurma, a giant tortoise, to carry the huge mountain Mandrachala which was used to churn the ocean but started to drown making Lord Vishnu descend on earth.

Then, Lord Vishnu came in the form of Varaha, a wild boar took destroy the demon named Hiranyaksha who took the whole of earth to the bottom of the sea. Varaha restored the earth back to its original place.

After Varaha came Narsimha who killed the demon Hiranyakashipu. The demon could not be killed by a human nor by an animal, neither inside the house nor outside, not at day nor at night, not on earth nor in the sky and not with any weapon according to a boon he had. Lord Vishnu thus took the form of half Lion and half human and killed the demon at dusk, with his nails, on the threshold of his house, keeping the demon on his thighs.

Vamana, Lord vishnu’s reincarnation as a brahmin, came to destroy the demon-king, Bali who had forcefully captured three different worlds. In his 6th avatar, Lord Vishnu again appeared as Parashurama, a Brahmin to end the tyrannical rule of unrighteous kings and unchaste women. King Rama Avatar followed next where the demon king Ravana was defeated after a long and fierce battle.

Balarama, elder brother of Lord Krishna, was ninth in the list of Lord Vishnu avatars. In the dwapara yuga, Lord Vishnu appeared as Lord Krishna, which is the fundamental figure from Hindu epic, Mahabharata. Two significant events took place in this particular yuga. Lord Krishna defeated his evil maternal uncle, Kansa and then became the mentor of the Pandavas during the battle of Kurukshetra, in the second half of the yuga.

It is believed in this yuga which is considered Kaliyuga, Lord Vishnu will appear on a white horse with a mighty sword to destroy the evil existing in mankind after which the entire cycle of four worlds will restart as Kali Yuga ends.