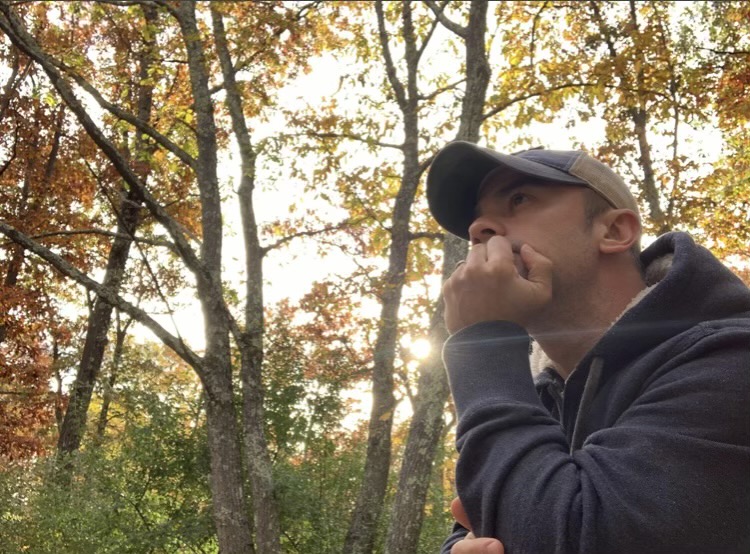 JL Caban’s book “Moving On” has been a huge hit with fans, and literally roared onto the bestseller list. Written over two decades ago when Caban was 18 years old, when he wanted to be the next great American novelist, but life got in the way. After becoming a teacher working in an inner city school in the Bronx, he joined the New York City Police Department, where he became a sergeant. Now that youthful dream is on its way to becoming a reality with this rather brilliant book, complete with riveting characters, and an enthralling plot. It is no wonder that it has been called the quintessential coming of age story –and it is one that you definitely need to read this season.

Now Caban has agreed to sit down and talk with us about his work, dreams coming true and what’s next from this talented writer.

You’re a bestselling author, and I am sure you have a lot of fans.  What was the most interesting feedback or questing you have received from a reader?

I’m greatly appreciative and honestly humbled by the reception I’ve received from “Moving On.”  The comment that I get a lot is how easily they identified with Justin, the protagonist, and how his character grabs you from the onset.  I always say, you’re either going to love him or hate him… no in between.  The question that I most received is, “Are you Justin?”  I suppose, especially when a work of fiction is written in the first person, it is easy to suspect that the author is the true protagonist; but I promise you, Justin is not me (laughing).  I have mentioned this before: any good author will either use his own personal experiences – or the experiences that have been observed or learned in detail – to created his or her characters in a fictional story.

The characters in your book literally come alive.  What is one of the keys to developing them?

I remember sitting for hours, watching my uncle, Eddie, working on his book; and I distinctly remember him working on his character development.  On a scratch paper, he’d have these notes with the characters names and their pedigree and traits.  I thought that was pretty amazing.  He’d essentially have the lives of the characters all spelled out, right there on those fly sheets, before even writing his book!  Incidentally, I adopted that style of character development for my work.  I have all sorts of notes about my characters on these little notepad sheets; that or, honestly – although it may sound like a writer’s cliché – paper napkins if I’m out at a restaurant or whatever.

What are some of your favorite authors and why do you love reading their books?

I know I mention him ad nauseam, but J.D. Salinger is my all-time favorite.  I actually have a canvass poster of him above my writing table; he’s the reason I started writing in the first place.  I just identified with his style at an early age, first with ‘Catcher in the Rye’ and then all his other works.  In his words – as told by Holden Caulfield – “What really knocks me out is a book that, when you’re all done reading it, you wish the author that wrote it was a terrific friend of yours and you could call him up on the phone whenever you felt like it…”.  That’s what I felt about Mr. Salinger.  The other authors that catch my fancy are Edith Wharton, Charlotte Bronte, Ernest Hemingway, Ralph Waldo Emerson, and Maya Angelou – pretty much any classic author.  I often fantasize what it’d be like to have lived in those days; and, while I do enjoy the modern technological amenities of our current time period, I’d love to get in the ol’ time machine and take a trip now and then to those days of yore and just sit quietly watching them write… just so long as I can get back in time to watch my Netflix shows (laughing).

Let’s change it up a bit.  If you could have any superpower, what would it be and why?

Wow, it’s so funny you ask that because I just asked the same question to my son, Julian Lincoln; and he said (initially choosing the ability to fly; thereafter, changing his mind three times) that his favorite power is – and I quote – “I just want all of them, Dada!” (Laughing). When I was kid, I’d choose invisibility any day of the week, what with being able to sneak in and out of places without being seen and all; it was the premier choice back then.  Now, without a doubt, it’d be the ability to heal.  Losing my dad to Covid and pneumonia was… is… a difficult thing to deal with.  If I had the power to take his illness away before he passed, I’d have done it in a heartbeat.

What can fans expect from you in 2021?  What else do you have in the works?

Right now I’m working on a novel that will essentially be four books in one.  What that means is, each chapter will be a completely separate book; so, chapter one is book one and chapter two is book two and so forth.  Each chapter will be about different characters, all of whom you have met in my previous novella – that is, assuming you’ve read “Moving On,” which is available right now on Amazon (smiling).  The chapters in my new book will all bring to light many of the social and moral obstacles that the characters had to face and overcome, all occurring at different time periods in their lives; so, it has been a huge challenge for me dealing with all of my character’s personalities and such… but a good challenge.

To find out more about JL Caban and his book “Moving On” head over to Amazon.

Hot Hatches to Look For

Remember These Few Points Before You Photograph Your Baby

Free WordPress Themes Are A Boon For New Bloggers

Product Clipping Can Lead To Increase In E-commerce Sales