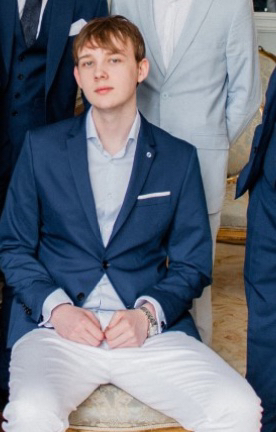 Most people have a very hazy idea what cryptocurrencies are, whether they should invest in them and have no idea how to invest in them if they decide they should. This opacity extends to Bitcoin, the first and most well-known.

Joseph O’Connor knows exactly what bitcoin all is about – being a self-made millionaire from his bitcoin investments. We spoke to him about the basics of bitcoin and how to get into it properly.

Bitcoin was created in 2009, the invention of Satoshi Nakamoto, believed to be the pseudonym of a single man or, more probably, a small conclave of high tech entrepreneurs. It was the first cryptocurrency to become popular, is the best known and the most valuable.

A cryptocurrency is a currency that exists only in the digital world, it has no physical presence at all. The “crypto” part of the name comes from the fact that they are protected by cryptography, in particular, blockchain technology. This makes transactions secure and means that forgery is virtually impossible.

And what is a blockchain?

Literally, chains of blocks of information that are public – so anyone can see them. In Bitcoin, each block contains transaction information such as who has bought bitcoin, sold it, and the identifying address that owns it.

Each block in the chain also has the hash of the previous block. Anyone can view this transaction data and who added the block and when. They cannot edit it, however, as this can only be done by the “nodes” (blocks of computer power) in the bitcoin blockchain.

For any transaction to go through there has to be a consensus among all these nodes. In order to hack in you would not only have to alter the information in a block, change the hash of every block that comes after it but have to have control of over half the nodes. This can’t happen.

Why do people invest in bitcoin?

All fiat currencies (the traditional currencies in use in the world) are generated by the various governments and have their backing. Cryptocurrencies are decentralized, created, exchanged, and regulated by its users. There are few concerns about governments controlling or interfering with them.

All participants in the network agree to fix the supply of Bitcoin. The distribution rate is also fixed. There can be no sudden flooding of the market. Everything is transparent. In many people’s eyes this makes Bitcoin superior to any fiat currency and is helping transform financial transactions globally.

How should I buy bitcoin?

It is remarkably straightforward. You need a digital wallet in which to store your Bitcoin. Choose carefully, find a reliable software wallet like Coinbase, Exodus or another reputable example. You need reliability and security. Incidentally, hardware wallets are also available and while perhaps seeming a little old fashioned have the benefit of being kept offline. Makers include Trezor and Ledger.

Next link your wallet to your bank account, debit card or credit card. Each has a different set of fees. Cards are quicker but are quite limited in amounts whereas transactions via a bank account take a lot longer but greater values of bitcoin can be bought and sold.

Then all you need to do is join a Bitcoin Exchange, such as Coinbase, Kraken, Robinhood or, if you are going to be a big player, Coinbase Pro. Again, research is needed, each has pros and cons.

So, should I invest now?

Investment advisors are still very reticent about cryptocurrencies – so it’s a good idea to seek advice from someone with experience and success (like Joseph). The best way to get started is:

With these provisos – which are the same as investing in any other form of investment, Bitcoin offers an exciting investment opportunity but as with all investments be aware that they can go down as well as up. If in doubt, always seek the advice of someone, like Joseph O’Connor, who has seen a lot of success in cryptocurrency for themselves.