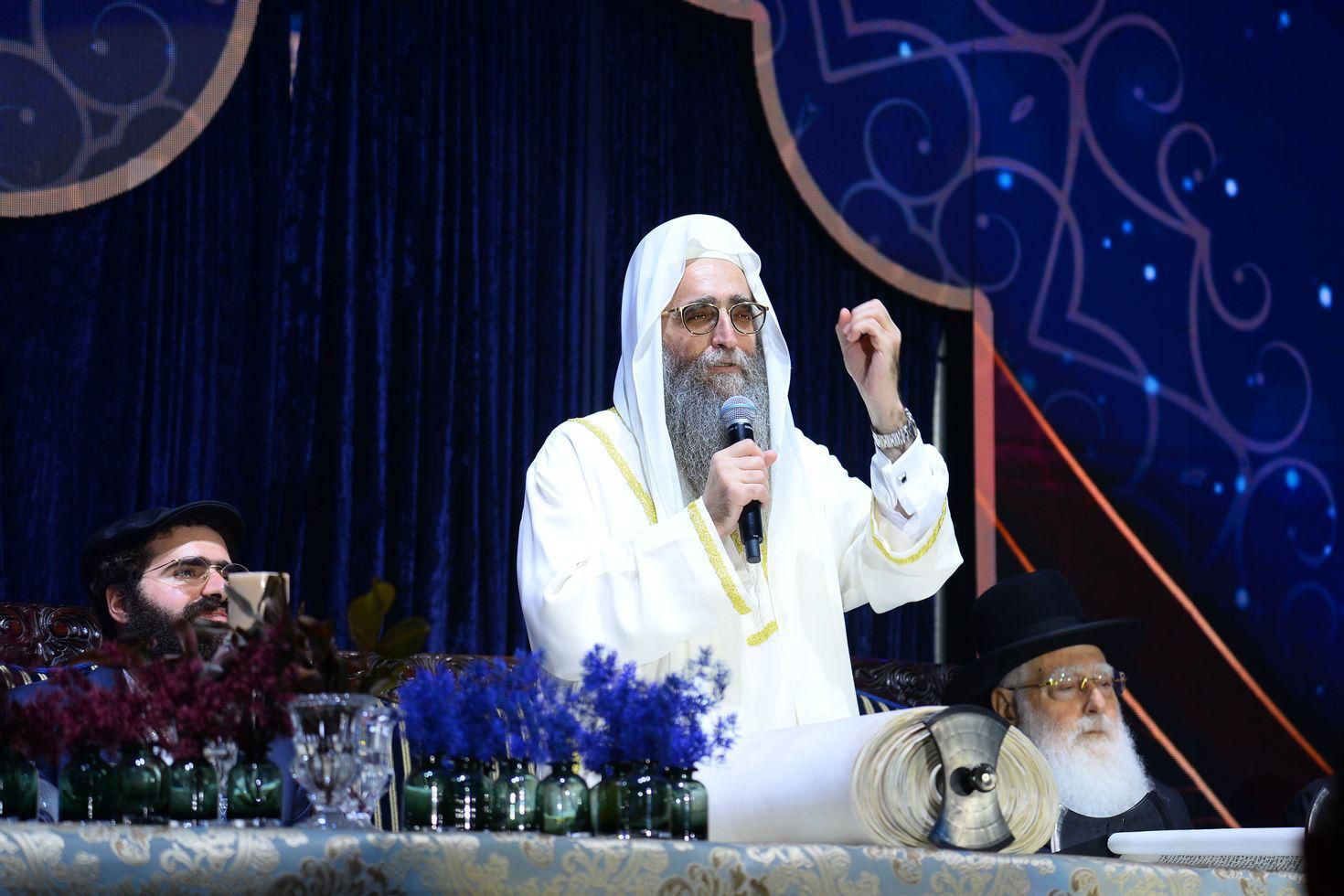 Rabbi Yoshiyahu Pinto Shalita received a warm welcome when he arrived in Israel. Tens of thousands of followers and disciples of his Shuva Israel organization were waiting for him in front of the Tel Aviv airport exit hall, coming from all over the world, to participate in the sacred night of redemption that the Rav held at the Menora Mivtachim Arena.

Participation in this exceptional event marked the history of the Jewish people, all tickets were sold out, and more seats were added in recent days to meet the growing demand of participants. The Sefer Torah was read in honor of the victims of Lag Ba’Omer in Meron, and Hebrew hymns and songs were sung on this occasion, with the participation of Avraham Fried and Yuval Taip. During this ceremony, one thousand five hundred books of “Zohar Hakadosh” were studied and completed.

Rabbi Pinto, whose origins date back to the Moroccan city of Essaouira, devoted part of that holy night to praying for His Majesty King Mohammed VI and the entire royal family. In addition, the publication of a new book by Rabbi Pinto on Jewish law and Kabbalah was announced.

About 30,000 of the Rav’s disciples participated in this memorable night, which took place a few days before Rosh Hashanah (the Hebrew New Year). On this occasion, 10,000 gold coins were distributed to the participants as amulets bringing protection and success.

At this critical event, Rabbi Pinto will speak about the Kabbalah, of which he is one of the greatest masters, and will read excerpts from the mystical texts of some of the holy “kabbalists” such as Rabbi Nassim Nahoum Zatzouk. He will also recite texts from the Torah of the Prophet Moses and give lessons on the importance of religious tolerance.