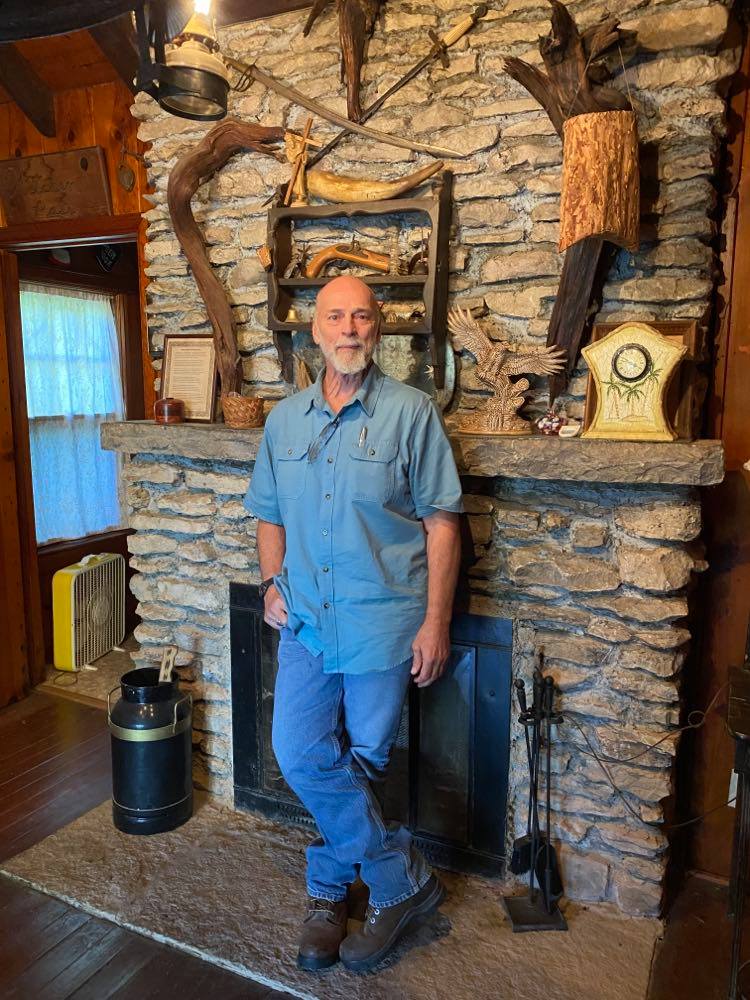 ‘Endless Times: Volume One: The Path of Kokopelli’  has captured the hearts and imaginations of readers and reviewers propelling it onto the bestseller list. This time traveling adventure has it all, including fascinating characters, a thrilling pace and an intriguing plot that keeps you deeply engaged until the very end.

In the epic read Jack and Jim, two footloose, lifetime friends and beer drinking buddies, are out back-roading when they spot the cabin. Aha, it’s a treasure, and much more. As Jack runs out with some little gold figures, deputies start shooting. They have discovered a way to travel the time road disguised as a dilapidated shack. The only problem is those deputies. A “start no violence” command is broken; now, travelers must dodge lawmen. Jack throws the gold back in; time returns to normal. Some old letters reveal the secret: twenty-four figurines, twenty-four destinations; just dodge the law.

And then the pair are off to the time traveling races, and it is quite an adventure, one that you need to read for yourself. ‘The Path of Kokopelli’ is destined to be a timeless classic. We were thrilled that Geeding recently took some time out of his busy schedule to talk to us about his work and what is coming next from this prolific and talented author.

Every book has a story about its creation; what’s the story for ‘The Path of Kokopelli’?

The west has always held the mysticism of discovery; our whole American history is about westward expansion, so I knew the book would be set in the west. Years ago, my wife and I floated the Colorado into the Grand Canyon. The river was low, and this funny-looking little bent-over flute player kept appearing on canyon walls in petroglyphs. I didn’t know him at the time, but he knew me, and Kokopelli, one of the ancient southwest peoples’ most important gods, stayed in my head. The prankster god, as he is also known, wanted to become even more famous, I guess, and as my mind drifted west in search of excitement and adventure, I landed in 1822 New Mexico; there was my old friend Kokopelli inscribed in stone. Every Indian pathway and legend contained his image. So, long answer, short question, The Path of Kokopelli was born floating down the Colorado River, and that little bent-over character with his characteristic joker attitude just had to become known to others; God knows he’s already well known in his neck of the woods. Some of the opening action also involves copperhead snakes, and God knows, those are well known in my neck of the woods. They might not be gods, but copperheads will make you dance, getting out of the way.

You are a brilliant writer who has created an epic body of work. How old were you when you decided you wanted to become a writer, and why?

I’ve never not been a writer, my mom said I wrote my first poem at seven, but it was dark. My

mind still searches for a picture of a fat little boy trying to put down a dark piece into a life of plenty. I am an English major with a doctorate in Juris Prudence, and the yearning to write has always been there. By the early two-thousands, money didn’t cut it anymore. I had to create, and more than just my two volumes of poetry I had already written. In the prior Colony trilogy, I leaned on my legal life getting started in the first volume, and then it poured over into creationism. Books two and three attained characters all their own, and my pen and I were captive participants, anxiously waiting to see if the Earth would start anew or become one of eternal darkness. By the start of my Endless Times series, fascination with westward exploration took over, and The Path of Kokopelli poured right on out. The series continues with Murphys Diggins, Making Tracks, and West Coast Turnaround. Murphys Diggins comes out in July, the other two await editing, and my fifth in this series, Gringos, is in the works. If I ever had a time when I didn’t want to write, it is long gone. I am a slave to my fate; (big sigh here.)

You’re a very talented author, and I am sure you have a lot of fans. What was the most interesting or heartfelt feedback or question you have received from a reader?

Two friends, my mother, an ex-wife, and my judge, had interesting observations. First, a close friend and editor, Nancy, said my words created pictures in her head so that she could see the action. That thrilled me because the intent is to do no less. Every poem I have ever written, I’ve always called a rhyming mind picture. If my books do the same, I’ve succeeded. My friend Rebel had a different take. I killed him off in volume three of my Colony series, and he got all upset. After being reminded, he volunteered himself to save humanity from extinction, Rebel was ok with life once again. Everyone needs to have a purpose, right? Next was my judge; he said if you crossed Stephen King with Harry Potter, you would come up with my Colony trilogy. I took that as a compliment and walked away quite satisfied. Last but not least, my mother and a former wife observed they were glad a lot of time had passed before I related my experiences in the Endless Times series; in that, I agree wholeheartedly. Now that the Statute of Limitations has run, I can relate everything without worrying about the law coming after me.

Downtime is necessary for many writers and artists to get their creative mojo going. What do you do when it’s time for you to relax and unwind?

The reality for me is that writing is my downtime. My whole life, I’ve taken life by the horns, bucking the system, working the system, or just plain fighting. Early on, I knew I loved to fight; defensive tactics, FBI style, Ty Kwon Do, boxing, street fighting, you name it, but somewhere in my thirties, physical fighting became painful, so I turned to law and fought another twenty-two years. During that time, downtime consisted of writing poetry and hiding. Enter my burn-out years in defensive law practice, downtime became writing, fighting on the written page, remembering my crazy life filled with fighting, living, loving, evading arrest, and enjoying every minute of it. I developed my creative mojo by living a life most people can’t conceive of, and most would not do anyway. Today a life such as mine can’t happen; too many rules. Well, rules are made to be broken anyway; I mean, man wasn’t supposed to fly either, right? I’ve got a hideout on the river with paper and a pen. Who knows when the next scene might require Jack (the author) to draw upon his history to relive another time? The author’s prior life has an uncanny ability to mirror emergencies and occurrences in his novels. Sometimes they even help his characters, mostly not, but the reader will be reminded how crazy he is, or was, I can’t remember, my mojo is flowing!

The Path of Kokopelli is part of your Endless Times series. What was the creative spark for this series, and do you have another book in the series ready to come out?

The west has bigger-than-life heroes, tougher than their environment, all packing six guns and knowing how to use them. Danger, excitement, there’s the creative spark. I’ve been shot; it hurts like hell; however, I’m still a woodsman, an outdoorsman, a hunter, using both bow and fire-arm, and not too shabby with either. Life-death scenarios have seemed to be something my life has revolved around. Many, well most, of my friends didn’t make it; even my co-character went away, but that’s the way it is. People need to realize there is more to life than eating and sleeping. It’s called being alive while you’re still breathing. Man has always been a savage inside, survival of the fittest, a live-off your-wits type of God’s creation; our society has forgotten much and is scared of the rest; losing such a quality is sad. Life hurts, life is exhilarating, mad is cold, tragedy numbs. That is the spark, to always be searching for more, to lift readers into a realm of danger, a wild adventure with no safety net. Most will never make it, so I’ll do it for you, no guts, no glory, for a brief time, no matter where you are, leave the world behind, look out! Let your senses thrill, hang on; something’s around that next corner, all from an easy chair. There’s your spark!

Murphys Diggins, now being proofed, is set in 1848, California’s early gold rush days; Making Tracks puts the reader on the construction of the transcontinental railroad, 1864-1869; West Coast Turnaround has the reader joining the action in 1844, Oregon’s big tree country. Both of these await editing, and the next volume, Gringos, circa 1900 has the reader at a location not disclosed… stay tuned.

For more information on Walter Stephen Geeding and  ‘Endless Times: Volume One: The Path of Kokopelli’  head over to Amazon.