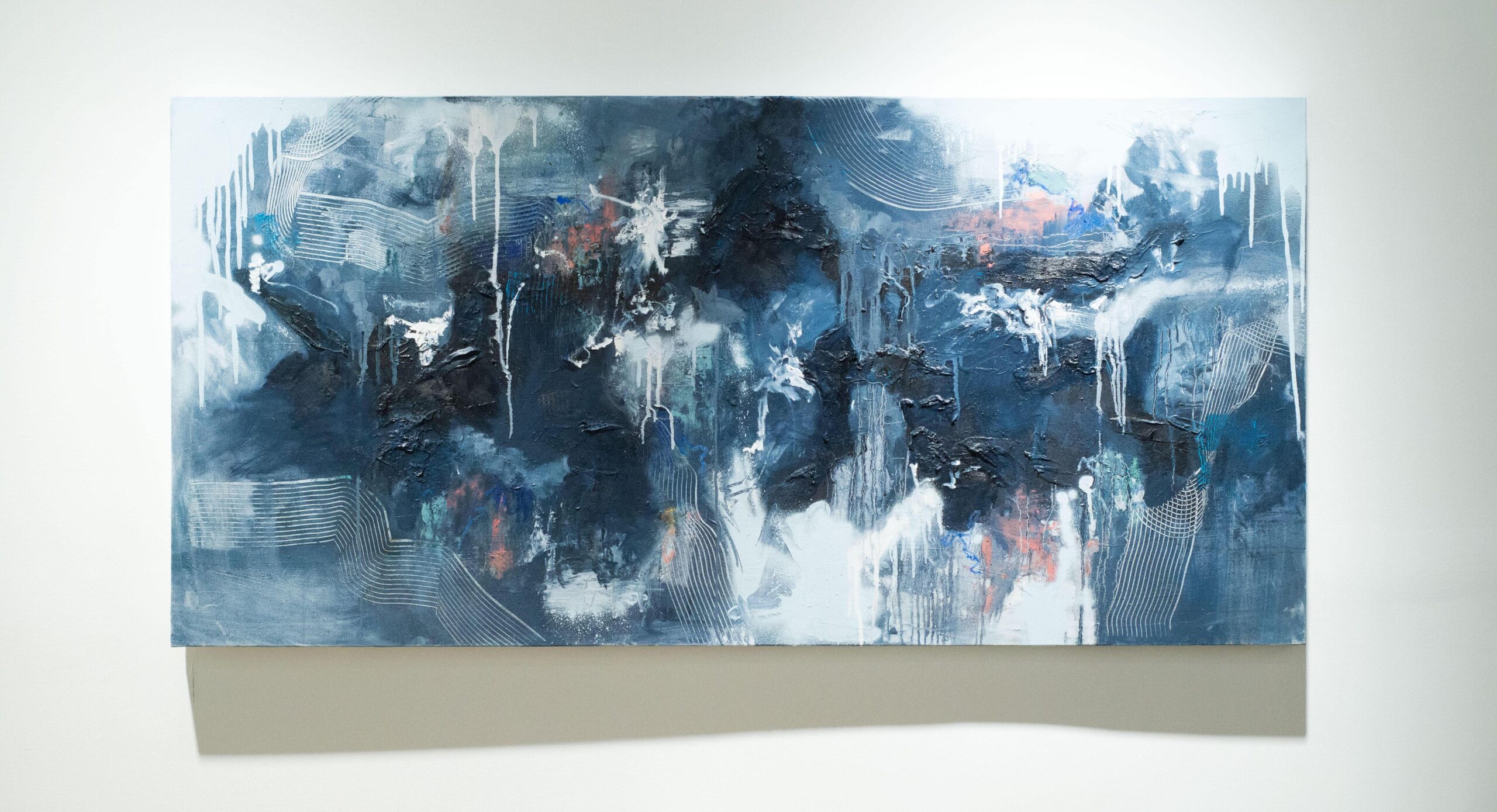 It is not uncommon for an artist to try out different vocations before she finds her true voice. More often than not, the trials and tribulations of these pursuits surreptitiously find their way into the artist’s work; a defining undertone that sets them apart from their peers.

Such is the case for contemporary painter Gena Milanesi, who attended USC to study business entrepreneurship, and shortly after took a job as a buyer at a fashion label. “There are such fine qualities that fashion and painting share with one another; both mediums reveal parts of oneself, especially as the contour and shape of the figure highlight movement,” says the artist, who notes Alexander McQueen and David Bowie as some of her influences. Milanesi’s paintings certainly evoke a surreal and other-worldly sentiment, one of the other realms in which fashion and art can agree. Milanesi hopes one day to create a capsule collection with a major fashion house.

This summer, Milanesi will be doing a lecture on creative problem solving at the Lloyd Grief Center for Entrepreneurial Studies, her third year doing so via USC’s MBA program. A self-taught artist, she is naturally innovative and extremely hard-working, something one can sense instantly just by following her work and process. “Art school was out of the question with my family so it was more fuel for me to figure out a way to make this all work.” With being self-taught, there is a lot of trial and error, something that can either break someone or push them harder. There is a boldness to Milanesi’s paintings, especially her abstracts, that reveal the fierceness she possesses. Milanesi started doing store front collaborations with brands to taking commissions from around the world out of her downtown studio in Los Angeles. She has recently shifted her vision to focus on creating museum-level work.

Milanesi is a dual citizen of the U.S. and the U.K., another influence that shows itself in her work. She hopes to have a show overseas in the very near future as the worlds opens back up.