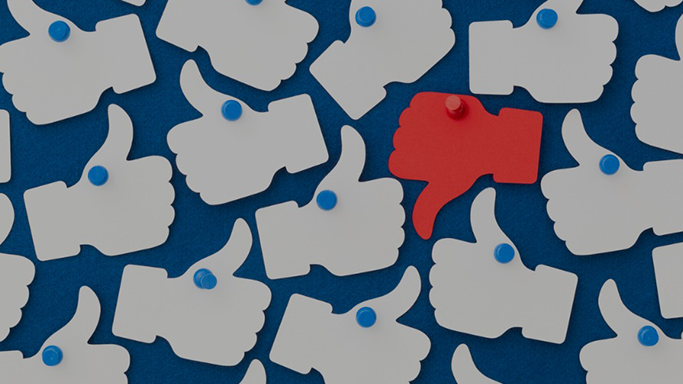 Social media companies advertise themselves as a space to share content. But when harmful or untrue content is spread, who is at fault? And what is the line between protection and censorship?

Social media platforms identify as spaces to share content online. There’s a line between content that is harmful and what is not and what is protection versus censorship. Last week Facebook and Twitter crossed a dangerous line by banning President Trump as if he is a terrorist. The Tech Giants claim they are preventing the dissemination of dangerous content. Yet the #hangMikePence threat has been trending unabated on Twitter. Why?

Yesterday on Facebook more than 600,000 conservative accounts were terminated, one being James Panos. Are all these conservatives terrorists? What did they post to be deplatformed?

“Don’t let them escape.” What does that mean? That sounds like an incitement of violence right? This isn’t what got Panos banned however. In James’s case a simple comment to this post stating, “More violence,” is what got him locked up in Facebook prison. The comment was in response to who appears to be a leftist commenting, “Yo dude just hop off a bridge cause you’re on the side of treason. Legitimate treason. Stop shitting on Bernie, get out of your mothers basement and go run or somethin. Get a fuckin life.” That comment was reported 17 times and the user still stands uncensored on Facebook allowed to continue posting propoganda that stands untrue. What this individual said was disgusting and distasteful yet him and thousands others like him get away with it because they’re protected by leftist media and these social media giants.

James Panos is someone who really handles himself well online. He’s been very consistant calling out the riots from over the summer for what they were and calling out and denouncing those who stormed the capital wednesday. It seems as soon as you say the media is lying or hypocritical in any way shape or form that’s it for you.

This is a very dangerous precedent to set and is all the reason to repeal 230. Panos is one of thousands of genuinly good people being censored online over having normal views that the majority of America and the world agree with. Facebook is wrong for this and hopefully this new administration takes actions to fix this instead of going on a revenge run over the next four years.