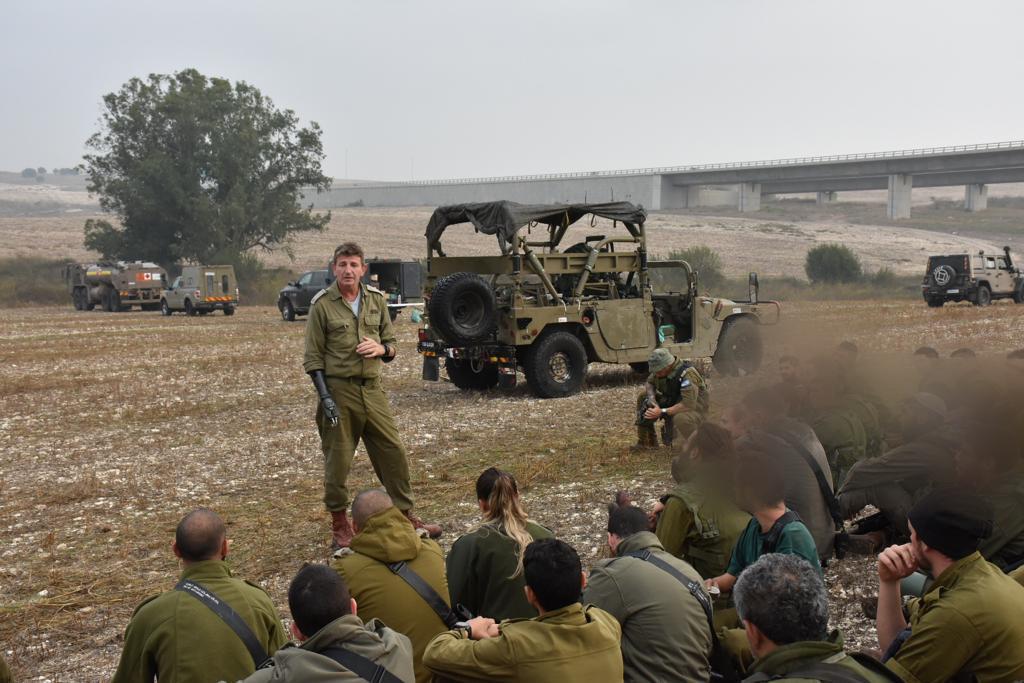 I have been investing in young entrepreneurs for the past 24 years, accompanying them on the journey of their lives. For most of them it is the first journey. Most of them have not yet walked in unfamiliar terrain, where they have to find the route while on the move. They studied the map before leaving, advancing based on a navigation route they built in advance – what we call in business language, a road map.

But the route they have to follow in reality is not exactly the same as the one that they draw on the map, because what you seen from up close is not the same as how it appeared from a distance. Moreover, using a static road map doesn’t work in business, as the terrain – the destination market – is constantly changing shape and form. The business world is dynamic and has no obligation to remain as it was.

And I tell them, open your ears and eyes – read the terrain, it is talking to you. The good news is that it constantly sends warning signals; the bad news, the signals are weak, whispering quietly something like “stop, you are heading in the wrong direction”. It is very tempting to regard it as noise, and many do. After all, we all prefer that everything works according to plan. But those who don’t pay attention may end up stepping on a landmine.

And where does that insight come from? I ignored warning signs and stepped on a mine. Simple.  And this is how it started:

Winter, March 1983, my battalion is located in Lebanon along the Shouf Mountains, a true “No man’s land” – hostiles are everywhere  … Syrians North of us, guerillas in hideouts around us, Druze and Christians, the local villagers, fighting each other, and we, the 890th Battalion of the Paratroopers, commanded by Boogie Ya’alon, in the middle.

Early morning, we receive intelligence regarding a guerrilla team moving toward us. A force under Kobi’s command is sent out on the mission to trace them, and I together with my team, are put on alert, as the mission’s intervention force.

It is noon when Sharon, the company commander comes up on the radio, “Come quickly, there was an incident, Kobi entered an unmarked minefield, there are wounded …” We rush in, arriving within about 15 minutes of fast driving in the mountains. We arrive to find a very challenging situation: In front of us is a terrace which descends into a lower ground, where I see Kobi and two of his fighters lying on the muddy ground – all three badly wounded, after entering, unwittingly, into a booby-trapped field.

Kobi looks at me, his face full of blood, and he gives me a sad smile, lying helpless, missing his right foot.  I look at him with an encouraging, artificial smile, a smile that says, I’m coming in to take you home.

Sharon and I are preparing to go in. We are short of the equipment and support needed to cross a minefield, and we decide to go in with the basic equipment we had with us. Sharon uses a probe and stabs the ground while cautiously entering the arena, a white highlighter tape stretches back from his foot, and I follow him, with a stretcher in my hand and attaching the highlighter tape to the ground with pegs.

Sharon reaches the terrace and descends into the lower terrace – I reach the terrace, look down and see a large cluster of shoe mines waiting for me at the bottom, partly exposed by the rain and partly covered in mud. I ask “Sharon, where did you step?” The white marking highlighter can’t help here, and Sharon points to a wide, thin stone and says “here.” I lower my left foot towards the stone which is quite far below me. It is a moment before I put all my body weight on the stone, and I realize, too late, that there is a mine under the stone.

The stone is wide and thin, wet and clean at the top, but its narrow wall is covered with dry mud … I have a crystal clear insight: this stone was moved out of its natural position and now sits above the ground, above its previous position, because there is a mine underneath, and I’m going to step on it.

The terrain said something. It didn’t say “mine under the stone” but it conveyed the message by leaving dry mud marks, and I wasn’t quick enough to understand the message in real time.

Explosion. I fly deep into the booby field, not falling on another charge by miracle. I hit the ground and landed into a new reality… The mine did a good job: the left foot flew with my army boot, my right palm shattered in the area above my palm, and the left hand was severely injured in the forearm area. I’m alone with myself because Sharon and the medic who was part of the original force are far from me and can’t reach me quickly.

Multiple thoughts run quickly through my head: “Rami, you played jackstraw with your life and in one wrong move, the straws flew to hell”; “in a split second you turned from a paratroop officer leading 30 fighters in dangerous areas in Lebanon, to a rag lying on the floor with no leg and two shattered hands and this is the new reality of your life. Forever”. And the third thought “stop thinking about all these things and see what happened to your right hand….”

I picked up my shattered right hand with my injured left hand and laid it on my belly. The palm of my right hand was intact, but the wrist above it was completely shattered. I saw the torn veins, burst between the broken muscles and bones and tried to move my fingers. They moved, and I said to myself, “I must not lose consciousness, so that when I come to Israel I can tell the doctor not to cut it off.”

The rescue was difficult and took time, taking out the wounded one by one, loading us on the helicopters after providing initial treatment and flying us on a long flight back to Israel.

I lost consciousness in the helicopter and woke up after surgery.  My first question was “what did I lose?” The answer was “a hand and a foot …” I felt I had lost two limbs in two separate events, and both on the same day.

For the first 3 weeks post-injury I was in extremely poor physical and mental condition. Physically, I can’t move a limb in my body – all wrapped up in bandages and Iying on a water bed covered with red water and blood flowing out of my wounds. Mentally – I am mourning over my body, without the energy to try and fight the new reality. I refused to accept reality, but reality is so clear and so unchangeable.

The change came 3 weeks after the injury when one night I dreamed a dream. Maybe a dream and maybe a hallucination. I call this dream LSD, my life saving dream. I see myself standing like normal: two hands and two legs. But slightly difference from normal, my right hand is painted in black, and my left foot is painted in black. I woke up from that dream and said to myself “So that’s it? A different color? With that I can cope”.

The message is clear – the terrain hides traps, most of them can be identified ahead of time, plan a re-route and turn from the direction that was correct until yesterday, to the new direction.  The CEO’s role is first and foremost to look to the horizon, read what’s coming and be the first to say “Houston, we have a problem.”

The writer is Rami Beracha, an Israeli venture capitalist. He served as managing partner in Pitango Venture Capital (1996-2018), the largest venture capital fund in Israel. In 2014 he co-founded SOSA.