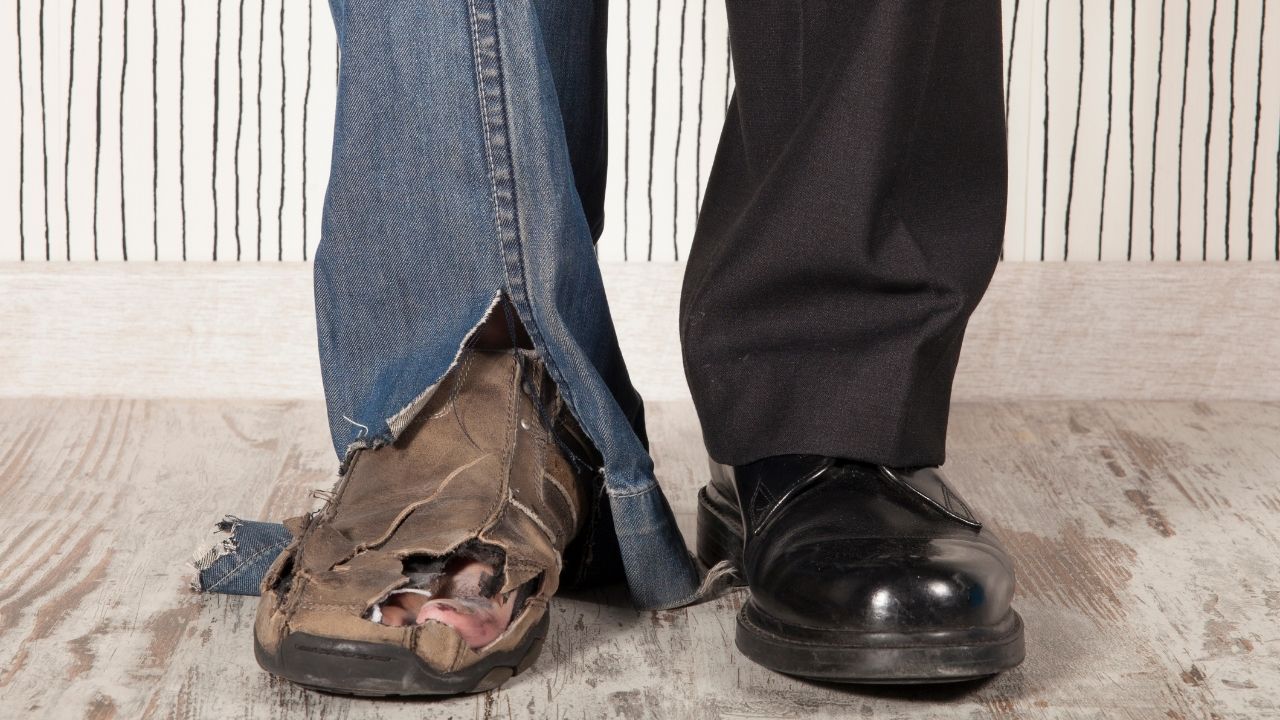 What if someone tells you that everyone was poor before the 1800s? It is a bold statement but it is not entirely incorrect. Before the industrial revolution, everyone was hunting their food and was tied to the speck of land they had without the opportunity to expand their property or need to downsize it. It kept somewhat sense of equality among people and there were not really poor people.

Although there were rich people back then as well but it was a very little population that was considered rich and almost everyone lived in poverty. The people who were considered rich were part of the royalty and landowners in general. In-depth, the wealth was actually related to how much land someone owned. The more land they owned, the wealthier they were considered.

After the agricultural revolution, people started to trade food rather than just hunting it for themselves. Many people adapted to this, they stopped hunting and went to locations with a steady supply of food. The biggest problem was with moving the resources, people, and ideas from one place to another. The means of transportation were very little or almost none making the development hard for people back then.

That is the tale of the old times when there were not many opportunities for people to earn or make more currency or land. Now the world has completely changed and the demographics are different than what they used to be. The trade which used to take years, merely takes a few years to happen, boosting the economy. So why there are still poor people when there are resources and ways for people to earn and be rich.

The answer is simple, the current day, the royals and landowners do exist but their fidelity is affected by the norms and the social constructs. The royals, wealthy, or rich people, whatever you call them, want to preserve their status by retaining their wealth. They do it by different means, sometimes by exploiting the poor, making them work for less while having greater benefit from their work, or by keeping conscripting newer and bigger ways to maintain their wealth.

The rich and powerful can withhold the fame by utilizing their resources and reach to get richer while the poor and less fortunate have little to no opportunities because they don’t have many resources to even develop ways to be rich.

The poor stay poor because even if they want to access the money and fame and they possess the skills to do so, the trade value and other aspects stop them from doing so. On the other hand, the ever-inflating economy doesn’t help them either. They always make the bare minimum to support themselves and their families to lead a day-to-day life.

To help such people out of the vicious cycle of tormenting and low-quality life, there are many NGOs that target a certain population to help them. Obviously, these NGOs have limited resources as well and can’t make every person belonging to the lower or middle financial class a millionaire, but they try to improve their quality of life in different ways.

For example, The Randolph Foundation focuses on helping single mothers make ends meet in their daily lives. They provide them free meals as well as give free meals to youth, people aged 18 and under, as well.

Single mothers often face a lot of trouble raising their children as they have to support them morally and financially at the same without having any kind of financial support. With the help of the Randolph Foundation, many single mothers and youngsters are now leading a better life which is helping them make their future better than their present and past.

It unlocks the potential of self-development and ignites the spark of moving forward with as many resources available. On the other hand, the Randolph Foundation also helps the youth prepare for their SATs and other exams to make sure they learn for the best and shape their future into success, breaking the generational curse they have been trapped into.

Not all but many modern-day rich people only strive to maintain their wealth while some do give back.