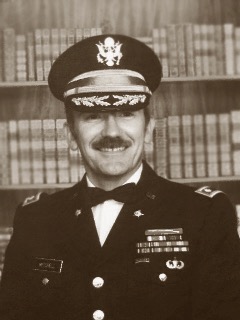 Ed Mitchell has written several adventure thrillers as an award-winning author. Now, his new release “Centurion Witness” takes us to Ancient Rome where the drama and excitement around Jesus of Galilee incites a warrior to take a stand. Ed Mitchell was a foster child who graduated from the U.S. Military Academy at West Point. From Airborne Infantry Ranger to aerospace systems-engineer to a community activist protecting water resources in California, he has profound experience to pull from as he writes intriguing, thought-provoking and real-world inspired novels. “Centurion Witness” is a Christian Biblical Fiction that explores the difficult and important choices a Roman warrior makes during a world-changing time in our history. It’s a tale of redemption, power, faith, and strength. A story like this could only be told by the skilled voice of Ed Mitchell. Below, he answers our questions about this latest page-turner.

A good story is all about the setting, the descriptiveness, and the raw energy that captivates, all coming together to have the reader turning the pages effortlessly. Your book includes all of them, what is one of the keys that you find is critical when getting into the writing zone?

Being left alone by beautiful, intelligent, strong women is one key. Then there’s avoiding other distractions like broken water pipes, wedding celebrations, weird family members, volunteering to lead a neighborhood group, a sick pet, or being enticed into enjoying a night of disco dancing. In other words, I stay disciplined and return to being a hermit writer alone and focused on moving the story from my mind into written words. And hopefully well enough that I’ll be proud of them.

How long did it take for you to write “Centurion Witness” and what was one of the challenges you faced while writing it? What was one of your biggest successes?

The biggest challenge was . . . “Oh, sure. I’m going to write a book that deals with God. Piece of cake, anybody can do that.” I quit whining and started work after I accepted that I had to do excellent research and only write what I could defend. Then it took me one year ten months to research, write and rewrite the story until I felt it was clean of errors and worthy to be released. My biggest pre-release success is always asking and listening to the comments by early reader and reviewers, like the people on the ReadersFavorite, NetGalley, and GoodReads websites. And I never tell an early reader what I think are the strengths and weaknesses of the story. When they respond, I listen closely to what worked or did not work for them. The gold is in hearing a trend in what did not work. That information removes my blindness to a flaw, allowing me to go off and fix it.

The tale of a Roman soldier fighting to protect Jesus of Galilee is powerful narrative. What inspired you to write this story?

The Old Testament documents the first covenant that God set up with his chosen people, the Jews. But they did not live up to that agreement. That failure led to The Second Testament, or second covenant, which replaced the first one. And the second covenant was with all people, meaning that Jews and non-Jews (gentiles) could both be saved. So, by selecting a gentile to be the protagonist in Centurion Witness, I provide the reader a fresh perspective, that of the Romans, experiencing the legendary events surrounding Jesus. Thus, Centurion Calix, a seasoned warrior, is your guide during the Roman trial where Pilate found Jesus innocent, then condemned him to death, and then protected his grave. Was my choice of perspective wise? Here’s what Diane Donovan at Midwest Book Review released in March 2022:  “Centurion Witness: A Tale of Resurrection and Redemption represents Christian Biblical fiction at its best.”

You’ve built an amazing career spanning multiple expertise. Why and when did you decide to become an author?

My mother fueled my drive to tell stories when she taught me to read while sitting at her side. She instilled in me the love of reading, of being transported into different lands with exotic people doing incredible deeds. Over the years, like many people, I came to appreciate the magic authors use to create stories that touch souls with characters that stay with people for decades. Reading was the footpath that led me to the point where I decided to attempt to create that same magic.

However, my birth mother was mentally ill, slipping in and out of mental hospitals most of my life. Plus, my grandmother warned me that my uncle had mental problems later in life. As I grew up, I wondered if an insanity gene had been passed on to me, simmering to emerge someday. When I was thirty, I concluded that sanity exists in a person when they are creative in positive ways — not in destructive ways. So, I started writing and my first mystery/thriller won an award for best new fiction. So, being a published author releasing story after story keeps entertaining others while reaffirming that I’m still okay.

“Centurion Witness” is about an ancient warrior serving an empire, this seems so long ago, yet the questions and challenges he faced seem relevant today. Do you believe modern readers will relate to the struggles the warrior is facing?

Yes, early reviewer comments confirm readers can and do relate to Centurion Calix while cheering and hoping the old warrior survives and succeeds.

What can we learn from this warrior’s tale?

Thank you. This is an astute question. Halfway through writing the story I recognized that events that had occurred in the 1960s and events ongoing in 2020 and 2021 were very similar to what had happened 2,000 years ago. Also, the behavior of some groups had not changed all that much while facing similar events. Here’s a quick compare and contrast.

Two thousand years ago, a man named Jesus began influencing crowds of people while denigrating the religious leaders of Judea and Galilee. He was so irritating that the rich and powerful called him a rebel, hated him, and wanted him arrested and killed. They accomplished that.

In the 1960s, a man named Dr. Martin Luther King, began influencing millions of people while denigrating city, state, and federal leaders for allowing racism in America. He was so irritating that the rich and powerful called him a rebel, hated him, and some wanted him arrested or killed. He was.

In the 2020s, a man named Donald Trump, began influencing millions of people while denigrating city, state, and federal leaders for how poorly they ran the country. He was so irritating to the rich and powerful establishment that they called him a rebel, hated him, and some even wanted him killed.

In Centurion Witness, those who follow the teachings of Jesus fare far better than those who do not.

Also, those who believe in God and truly repent for their sins are redeemed. To me that message is as meaningful today as it was to people thousands of years ago. I hope my tale of resurrection and redemption reinforces a portion of the message Jesus brought to the world.

However, the reader has free will in how they will relate to this story. She or he may believe or not believe in a God the creator, may or may not consider what they do as sinful, and whether they should or should not repent. But, I can guarantee that every person that I’ve seen facing death, reconsiders their free will decisions.

For more information on Ed Mitchell and “Centurion Witness” head over to Amazon.