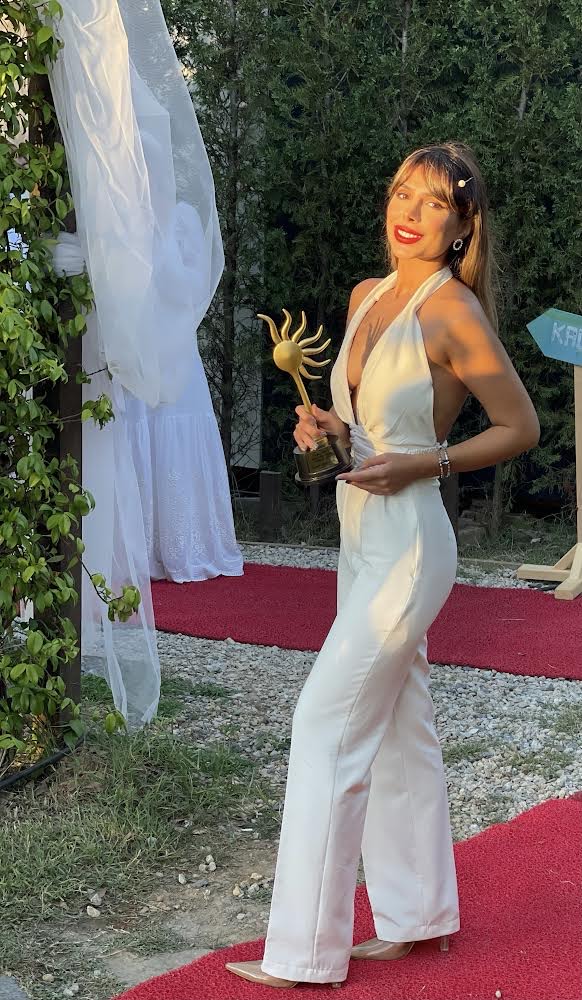 She is a self-made journalist and presenter who has hosted prestigious award shows in her career.

For long, we have heard how men have exceeded boundaries and have made their name prominent in all that they have chosen to do in their careers and endeavours in life. How many times have we heard about women professionals and experts making their mark in their respective industries? How many times have the media really covered their journeys and successes? Well, now is the time to throw more light on the journeys and stories of many such women professionals, who have been driving most of the industries forward today by managing top positions in the corporate, artistic, creative, and entrepreneurial world. We saw the consistent rise of one such incredible creative soul named Bahar Erensayin.

This passionate woman has risen up and above in the world of journalism and has proved her mettle as one of the best TV presenters in current times. Bahar Erensayin hails from Istanbul, and making a name for herself in her city was no cakewalk for her, but she did it by immersing herself in the journalism world. She is currently the presenter of the TV8.5 “ÇAT KAPI” program. She did her graduation from the Department of Journalism at a foundation University in Istanbul, completing three years of undergraduate education in Istanbul and the last year in America. Bahar Erensayin also studied digital marketing at Hunter College and later contributed to her digital education at Google institution in New York. In 2020, she returned to Istanbul to make it huge in the journalism sector.

Locally in Istanbul, Bahar Erensayin developed her career in journalism and later became an anchor as well for shows. While doing that, she even jumped into becoming a radio announcer and producer and got the opportunity to present award nights. In addition to this, Bahar Erensayin is also the press director of ITU Doğa College and Biltes College in Göktürk.

Talking about her biggest goal now, Bahar Erensayin says it is to make a program that would be a social responsibility project that she would produce herself and lead towards attaining her main goal, which is to be the editor-in-chief of a channel.